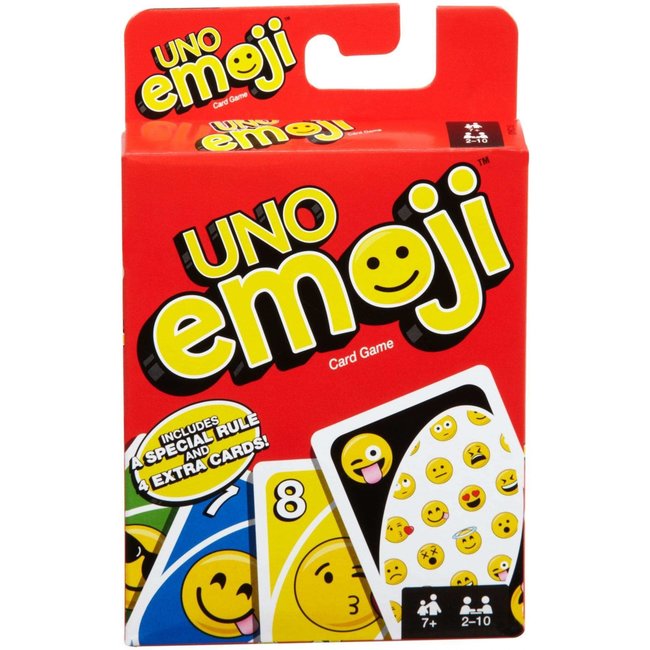 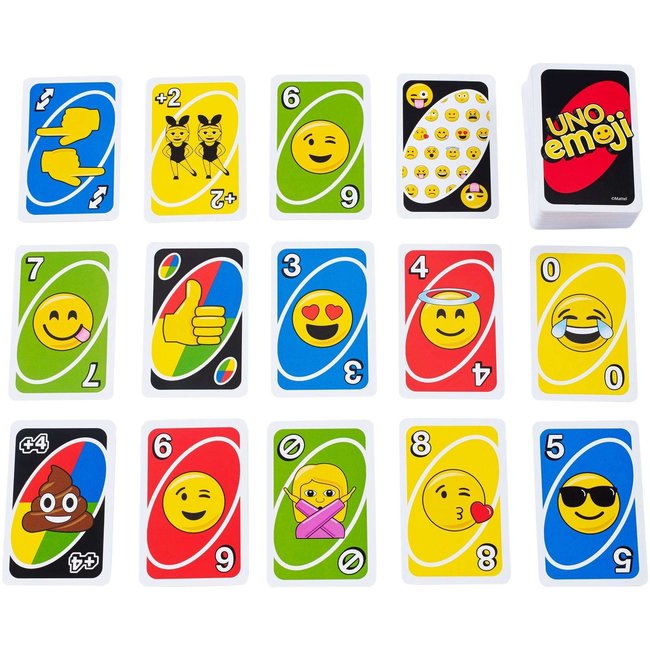 It's the UNO you love, but this version of the beloved game features cards with Emoji faces and symbols and a special rule that requires players to imitate those Emoji expressions! As in regular UNO, players race to get rid of all their cards. You want to match a card in your hand with the current card shown on top of the deck, and you'll score points for the cards your opponents are left holding. But in UNO Emojis there is also a new type of action card; when you play it along with an Emoji face card, the next player has to make and hold the face shown on that card! If they don't hold the expression for two turns, they have to draw four cards! It's a hilarious twist to the world's most beloved family game. The first player to reach 500 points wins. When you're down to one card, don't forget to yell "UNO!" Contains 112 cards plus instructions. For 2 to 10 players, ages 7 and older. Easy to pick up, impossible to put down.

Stay up to date with our latest offers

Having an account with us will allow you to check out faster in the future, store multiple addresses, view and track your orders in your account, and more.

You have no items in your shopping cart