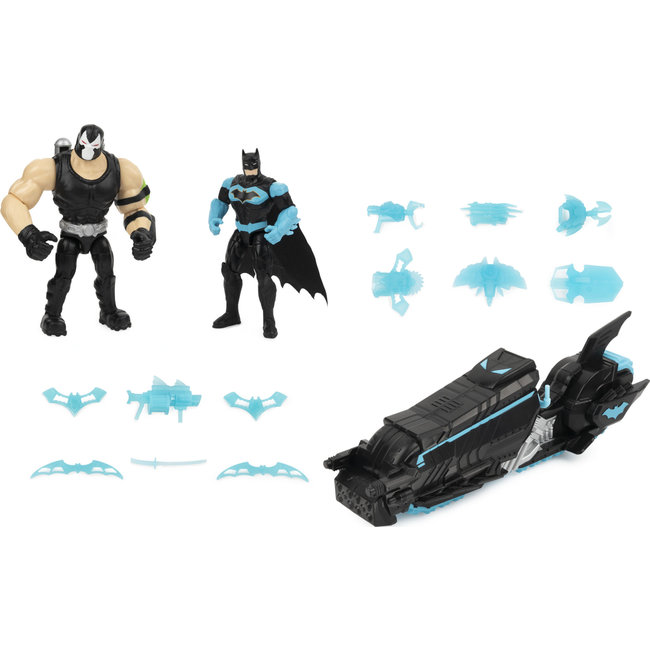 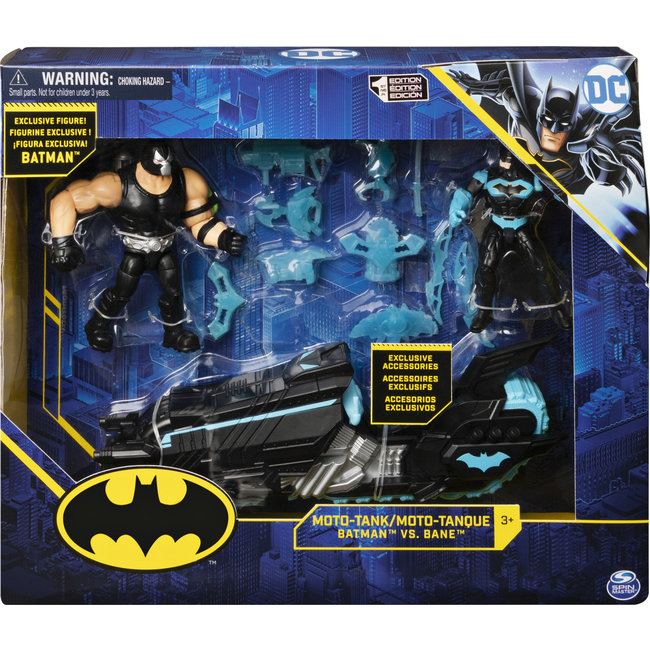 Face off against Bane with Batman and the Moto-Tank. Read more..

This 4-inch action figure and vehicle set has everything you need to play right out of the box: an exclusive Batman figure, a Bane figure, 12 exclusive accessories and the Batman Moto-Tank. Each figure is highly detailed with Bat-Tech styling, bringing the iconic Super Hero and Super-Villain to life. Plus, with 11 points of articulation on Batman and seven points of articulation on Bane, you can pose your figures into dynamic battle poses! When it’s time for a showdown in Gotham City, mount Batman onto the Moto-Tank and speed on to defend against Bane. Featuring blue Bat-Tech accents on the vehicle and its treads, the powerful Moto-Tank is equipped to take down the Batman Super-Villain! Equip your figures with the included accessories and use your imagination to create your own Batman vs. Bane battles! For more Batman action and adventures, look for all of the 4-inch Action Figures, including Batman, Robin, The Joker, The Riddler, Batwoman and more (each sold separately). Team up with the Caped Crusader and battle Bane with the Batman vs. Bane Moto-Tank!

Online and in-store prices may differ

Face off against Bane with Batman and the Moto-Tank.

Stay up to date with our latest offers

Having an account with us will allow you to check out faster in the future, store multiple addresses, view and track your orders in your account, and more.

You have no items in your shopping cart